What does a concrete mixer do?

What are the advantages of concrete mixer?

1. According to the mixing principle

2. According to the nature of work

3. According to the shape of the mixing tank

4. According to the working transmission mode

In addition, the electric concrete mixer machine is also divided into split drum type and round trough type (that is, horizontal shaft type) mixer.

How to operate concrete mixers safely? 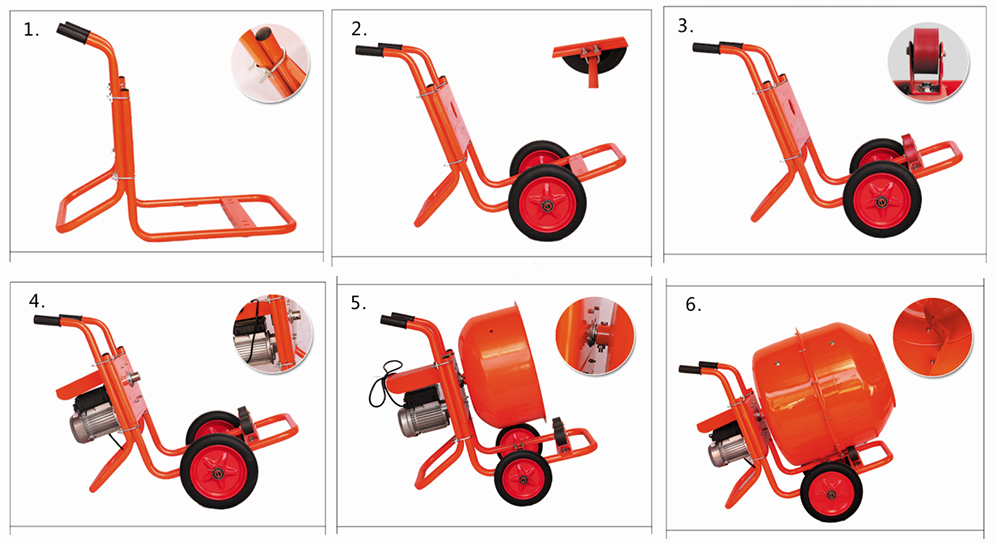 2. Install walking wheel shafts and fixed (Note: Pay attention to usage of U Wire. And the walking wheel is fixed with a clamping wire.)

4. Install motor shield and motor (Note: The four screws of the motor should be matched with the spring pad and the flat gasket.)

5. Install lower drums and seals (Note: Pay Attention to the hole position when fixing the lower barrel, fix the sealing ring on the upper barrel.)

6. Install drums and mixing blades (Note: The upper and lower drum are in a straight line before fixing. Finally, fix the mixing blades.)