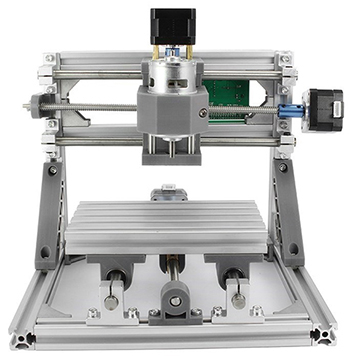 According to the specific function, the laser engraving machine can be divided into different special machines. The structure of the dedicated machine is not much different. The laser source emits laser light. The CNC system controls the stepping motor to move the laser head, mirror, lens and other optical elements, so that the focus is moved on the X, Y, and Z axes of the machine tool, thereby ablating the material to complete engraving working.

Difference and Connection between Laser and CNC Engraving Machine

In short, in industries such as advertising signs, plexiglass products, clothing processing, leather processing, and product identification, laser engraving machines have been used more and more widely by virtue of their advantages. The CNC engraving machine is more suitable for engraving large metal materials.