What is Laser Distance Meter?

When the power of the emitted laser beam is sufficient, the range of the laser distance meter can reach about 40 kilometers or more. It can operate day and night, but the distance and accuracy of the ranging will decrease when there are substances with high laser absorption rate in the space. 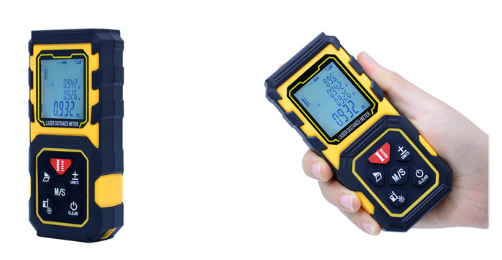 Laser is a new technology developed in the 1960s. It is a kind of light with pure color, high concentration energy and good directionality. A laser distance finder is a measuring tool that uses lasers for distance measurement. Its working principle is very simple. For example, we will measure the distance of the moon. If the time from the start of the laser emission to the reflection from the moon is 2.56 seconds, so the one-way time of the laser emission to the moon is equal to 1.28 seconds. The speed of the laser is the speed of light, which is equal to 300,000 kilometers per second. Therefore, the measured distance from the moon to the earth is the result of the one-way time multiplying speed of light, which is 384,000 kilometers. In order to emit and receive laser light and timing, the laser distance meter is composed of laser transmitter, receiver, clock frequency oscillator and distance counter. Laser distance measure can also be used to track and range artificial satellites, measure the altitude of aircraft, aim and measure the targets, and conduct terrain mapping and surveying.

Hand-held laser distance meter: With measuring distance generally within 200 meters, and the accuracy within 2mm, it is currently the most widely used laser distance measure. It not only can measure the distance, but also can calculate the volume of the measured object. 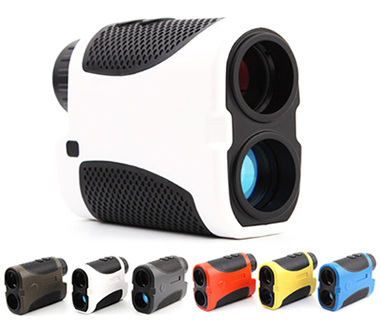 Other classification (The main application is outdoor medium and long distance measurement.)

For you only need to measure the distance within a few meters or more than ten meters, and the accuracy requirements are not high, you are recommended to use an ultrasonic sensor distance meter.

If the measurement distance is not long, is mostly used indoors with high accuracy requirements, you are recommended to buy 40m laser distance meter.

If you want it to measure long distance and it is mostly used for outdoor use, you are recommended to buy a laser rangefinder.